In this first-ever comprehensive examination of queerbaiting, fan studies scholar Joseph Brennan and his contributors examine cases that shed light on the sometimes exploitative industry practice of teasing homoerotic possibilities that, while hinted at, never materialize in the program narratives. Through a nuanced approach that accounts for both the history of queer representation and older fan traditions, these essayists examine the phenomenon of queerbaiting across popular TV, video games, children’s programs, and more. 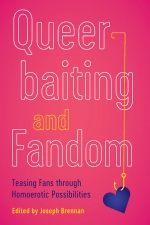 Praise for Queerbaiting and Fandom:

Queerbaiting and Fandom will be published December 1, 2019 by the University of Iowa Press.

This book takes the globally recognised phenomenon of drag king performances as an opportunity for critical inquiry into the rise and fall of an urban scene for lesbian and queer women in Sydney, Australia (circa 1999-2012). Exploring how a series of weekly events provided the site for intimate encounters, Drysdale reveals the investments made by participants that worked to sustain the sense of a small world and anchor the expansive imaginary of lesbian cultural life. But what happens when scenes fade, as they invariably do?

Intimate Investments in Drag King Cultures is unique in capturing the perspective of a scene at the moment of its decline, revealing the process by which a contemporary movement becomes layered with historical significance. Bringing together the theoretical tradition of scene studies with recent work on the affective potentialities of the everyday and the mobile urban spaces they inhabit, this book has appeal to scholars working across gender, sexuality and culture.

Anxieties of Belonging in Settler Colonialism: Australia, Race and Place

This book examines the anxiety that “well-intentioned” settler Australian women experience when engaging with Indigenous politics.

Slater asks: why does Indigenous political will continue to provoke and disturb? How does settler anxiety inform public opinion and “solutions” to Indigenous inequality and issues of social justice?

Examining the fascinating history of female genital cosmetic surgery, Camille Nurka traces the origins of contemporary ideas of genital normality. Over the past twenty years, Western women have become 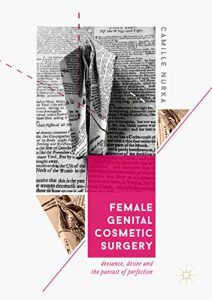 increasingly worried about the aesthetic appearance of their labia minora and are turning to cosmetic surgery to achieve the ideal vulva: a clean slit with no visible protrusion of the inner lips. Long labia minora are described by medical experts as ‘hypertrophied,’ a term that implies deformity and the atypical. But how far back does the diagnosis of labial hypertrophy go, and where did it originate? Female Genital Cosmetic Surgery tells the story of the female genitalia from the alien world of ancient Greek gynaecology to the colonial period of exploration and exploitation up to the present day. Bringing together historical, medical, and theoretical documentation and commentary, Nurka uncovers a long tradition of pathologizing female anatomy, a history sure to be of interest to any reader who wishes to know more about how medicine shapes our commonly held ideals.

Chicago: The University of Chicago Press, 2017.

The concept of normal is so familiar that it can be hard to imagine contemporary life without it. Yet the term entered everyday speech only in the mid-twentieth century. Before that, it was solely a scientific term used primarily in medicine to refer to a general state of health and the orderly function of organs. But beginning in the middle of the twentieth century, normal broke out of scientific usage, becoming less precise and coming to mean a balanced condition to be maintained and an ideal to be achieved.

In Normality, Peter Cryle and Elizabeth Stephens offer an intellectual and cultural history of what it means to be normal. They explore the history of how communities settle on any one definition of the norm, along the way analyzing a fascinating series of case studies in fields as remote as anatomy, statistics, criminal anthropology, sociology, and eugenics. Cryle and Stephens argue that since the idea of normality is so central to contemporary disability, gender, race, and sexuality studies, scholars in these fields must first have a better understanding of the context for normality. This pioneering book moves beyond binaries to explore for the first time what it does—and doesn’t—mean to be normal. 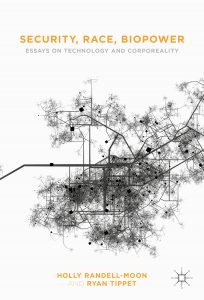 This book explores how technologies of media, medicine, law and governance enable and constrain the mobility of bodies within geographies of space and race. Each chapter describes and critiques the ways in which contemporary technologies produce citizens according to their statistical risk or value in an atmosphere of generalised security, both in relation to categories of race, and within the new possibilities for locating and managing bodies in space. The topics covered include: drone warfare, the global distribution of HIV-prevention drugs, racial profiling in airports, Indigenous sovereignty, consumer lifestyle apps and their ecological and labour costs, and anti-aging therapies.

“Security, Race, Biopower: Essays on Technologies and Corporeality provides a power account of how, in the global present, biopolitical technologies actualize the logic of obliteration, the operative element in the grammar of raciality. Together the histories, geographies, and case studies assembled in this volume expose how biopolitical equipments, procedures, and processes always already presuppose racial difference and cultural difference as the fundamental descriptors of the threatening global Other. This book is, by far, the best deployment of Foucault’s notion of biopower in the study of security as the privileged mode of management of  global subaltern populations.” 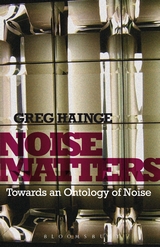 Noise Matters: Towards an Ontology of Noise

In Noise Matters, Hainge proposes a radical and controversial rethink of the concept of noise. Distancing himself from the critical orthodoxies forming in the burgeoning field of noise studies, Hainge argues that noise is not merely unpleasant or loud sound but, rather, indicative of the way in which being is expressed in a relational ontology. This approach takes noise far outside of the realm of the sonic and accordingly Hainge proposes new readings of the films of David Lynch, the photography of Thomas Ruff and the music of Merzbow, whilst drawing on the work of Deleuze and Guattari, Michel Serres, Julia Kristeva, Jean-Paul Sartre, Pierre Schaeffer and many more besides.

“We all know noise is there, but Hainge finds it everywhere. Love it, hate it, damp it, make it, even tame it into art-but escape it? Never. For noise, as Hainge shows, is not mere sound; rather, it names the ontological impedance and affordance of all relations in our emergent cosmos. Read this remarkably stimulating, wide-ranging, original book and you’ll never hear or think of noise the same again.”

Academic Life and Labour in the New University: Hope and Other Choices

What does it mean to be an academic today? What kinds of experiences do students have, and how are they affected by what they learn? Why do so many students and their teachers feel like frauds? Can we learn to teach and research in ways that foster hope and deflate pretension? Academic Life and Labour in the New University: Hope and Other Choices addresses these big questions, discussing the challenges of teaching and researching in the contemporary university, the purpose of research and its fundamental value, and the role of the academy against the background of major changes to nature of the university itself.

Drawing on a range of international media sources, political discourse and many years’ professional experience, this volume explores approaches to teaching and research, with special emphasis on the importance of collegiality, intellectual honesty and courage. With attention to the intersection of large-scale institutional changes and intellectual shifts such as the rise of transdisciplinarity and the development of a pluralist curriculum, this book proposes the pursuit of more ethical, compassionate and critical forms of teaching and research. As such, it will be of interest not only to scholars of cultural studies and education, but to all those who care about the fate of the university as an institution, including young scholars seeking to join the academy.

Ruth Barcan is a Senior Lecturer in the Department of Gender and Cultural Studies at the University of Sydney, Australia. She is the author of Complementary and Alternative Medicine: Bodies, Therapies, Senses (Berg 2011), and Nudity: A Cultural Anatomy (Berg 2004). 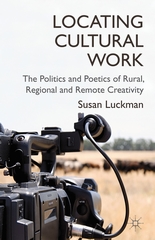 Locating Cultural Work: The Politics and Poetics of Rural, Regional and Remote Creativity

This book builds upon the ground-breaking work already undertaken by the author filling the absence of research into the significance, character and value of creative industries beyond major urban centres. What has emerged in this work is the specific centrality of place, time and the natural environment to the creative practice of those who have chosen or found themselves operating outside the mainstream of urban creative milieus. Unlike any existing book in the market, Locating Cultural Work uniquely examines creative workers in terms of three interlinked concerns: the wider history of creativity and place in the UK since the Industrial Revolution (in particular the Romantics and the Arts and Craft Movement, especially as manifest in the Lake District and Cotswolds); the emotional—affective—drivers of creativity and place; and the relationship between rural and regional cultural industries, tourism and environmental awareness. 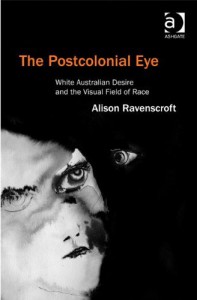 The Postcolonial Eye: White Australian Desire and the Visual Field of Race

Informed by theories of the visual, knowledge and desire, “The Postcolonial Eye” is about the ‘eye’ and the ‘I’ in contemporary Australian scenes of race. Specifically, it is about seeing, where vision is taken to be subjective and shaped by desire, and about knowing one another across the cultural divide between white and Indigenous Australia. Writing against current moves to erase this divide and to obscure difference, Alison Ravenscroft stresses that modern Indigenous cultures can be profoundly, even bewilderingly, strange and at times unknowable within the terms of ‘white’ cultural forms. She argues for a different ethics of looking, in particular, for aesthetic practices that allow Indigenous cultural products, especially in the literary arts, to retain their strangeness in the eyes of a white subject. The specificity of her subject matter allows Ravenscroft to deal with the broad issues of postcolonial theory and race and ethnicity without generalising. This specificity is made visible in, for example, Ravenscroft’s treatment of the figuring of white desire in Aboriginal fiction, film and life-stories, and in her treatment of contemporary Indigenous cultural practices. While it is located in Australian Studies, Ravenscroft’s book, in its rigorous interrogation of the dynamics of race and whiteness and engagement with European and American literature and criticism, has far-reaching implications for understanding the important question of race and vision. 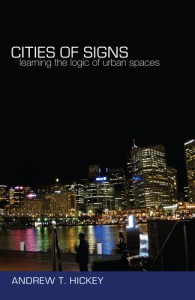 Cities of Signs: Learning the Logic of Urban Spaces

Signs exist as fundamental markers of the urban landscape. Whether in the form of street signs offering directions, the airbrushed promises of advertising media or the vandalized détournements of street art, signs pervade urban spaces and provide a tangible text upon which the logics of both cities and ourselves are written. Cities of Signs charts the way that signs exist as key elements of contemporary urban space, and explores what it means to live within these spaces, amongst cities of signs. This refreshing take on the way that urban space is lived and experienced is a timely contribution to the literature in urban studies, sociology and education alike. In decoding the cultural production at play in urban environments, Cities of Signs presents a dynamic approach to understanding how culture is produced and consumed within the cityscape.

Through this timely and engaging book, Andrew T. Hickey answers recent calls for public pedagogical research to explicate how sites work pedagogically. Going beyond surface-level readings of cultural texts to also explore how audiences engage with those texts, Cities of Signs troubles simplistic notions of cultural transmission by explicating the various mechanisms through which signs ‘work’ to mediate culture. Hence, Cities of Signs presents an account of the ways that public pedagogies actually function.

@CSAAustralasia
Thursday, January 23rd, 2020 at 10:55am
This Lecturer in Publishing and Communication position is one of several that are currently being advertised for th… https://t.co/hzHSk6av9h
View on Twitter
MENU