Studies of the relationship between sex and drug use have historically been dominated by scholarly perspectives from the medical sciences and public health. This body of literature has tended to focus on the causes and motivations behind drug use in sexual contexts, as well as the consequences, risks and potential harms. While contributing to understandings of the health-related dimensions of sexualised drug use, these accounts tend to include a sub-text of pathology which constrains thinking in this field. Moreover, existing research has almost exclusively focussed on sexualised drug use within so-called ‘risky’ populations, predominantly men who have sex with men (MSM), and relies on the assumption that MSM involved in ‘chemsex’ are suffering from ‘internalised homophobia’1,2 and engaging in self-harm.3 Given the power of medical discourse to shape public views and norms surrounding sexuality, it is crucial to explore how the phenomenon of sexualised drug use might be understood outside the terms of ‘pathology,’ ‘risk’ and ‘deviance’.

A growing body of critical social research about the politics of sex and drugs has emerged in the last two decades.4-9 Recent special issues in the fields of alcohol and other drug (AOD) studies and sexual health have addressed the topic of sexualised drug use in relation to notions of pleasure,10 ‘chemsex’,11 ‘party and play’12, with particular reference to the sexual cultures of gay, bisexual and other men who have sex with men (GBMSM).13 The proposed special issue seeks to extend this corpus by challenging conventional understandings and adopting a critical, interdisciplinary perspective on the confluence of sex and drugs in contexts that include but also extend beyond GBMSM sexual cultures. Building on the existing AOD literature, the special issue will present interdisciplinary research that engages critically with sex and drugs, and their place in social life and culture. Its ambit includes papers that are theoretical in nature, close readings of key cultural texts, critical engagements with empirical data such as surveys, interviews and field notes, or a combination of all of these. We would welcome papers addressing questions such as:

CSAA @CSAAustralasia
Thursday, July 22nd, 2021 at 9:22pm
A reminder that the CSAA conference will be held this year at Edith Cowan University in Perth. Deadline for submissions is 30 July - NEXT WEEK! For further details, check out the conference website.
https://t.co/i546YRrmcm
View on Twitter
1
2

CSAA @CSAAustralasia
Thursday, July 1st, 2021 at 12:41am
JOBS! A number of positions in Media, Journalism and Public Relations are being advertised for Cardiff University. https://t.co/3DxcaxDiJT
View on Twitter
9
6

In reply toMadeline Victoria
Thursday, July 1st, 2021 at 12:31am
@itmemadeline Hello Madeline, Jay Daniel Thompson here. Many thanks for pointing out this error, which I apologise for. I have re-posted with correct pronouns.
View on Twitter
0
1

CSAA @CSAAustralasia
Thursday, July 1st, 2021 at 12:30am
Vale, Lauren Berlant - 1957-2021. Widely and justifiably acclaimed for their influential work on intimacy, affect and citizenship.

* Reposting with correct pronoun usage. Please accept my apologies for the earlier error.

CSAA @CSAAustralasia
Thursday, July 1st, 2021 at 12:15am
JOBS! A Lecturer in Gender Studies (ongoing) position in the School of Social and Political Sciences at the University of Melbourne.

CSAA @CSAAustralasia
Wednesday, June 16th, 2021 at 10:52pm
The Re-Worlding Chinese Transnationalisms Symposium will be run on August 26-27. For further info, and to register for the symposium, please see https://t.co/xzVOOalmSC
View on Twitter
2
0

CSAA @CSAAustralasia
Tuesday, June 8th, 2021 at 9:21pm
FYI - May be of interest to some of you. Please share among your networks. https://t.co/qsCAJ8cDXO
View on Twitter 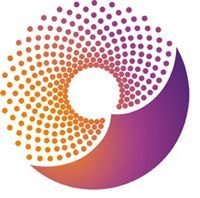